An evening of folk music with the Askew Sisters 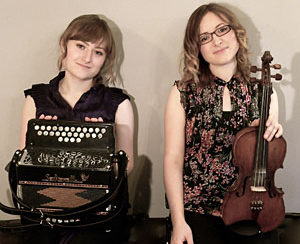 Two of the foremost performers and interpreters of English folk music bring new and original versons of traditional songs and dance tunes to WLBC – breathtaking arrangements which allow words that are centuries old to resonate profoundly with contemporary audiences.

(We are very fortunate that they’re stepping in to replace the previously advertised concert by Jacquelyn Hynes, who is unwell.  In view of the change in programme, tickets booked for this event before 30 August are eligible for a refund. You’re welcome contact the Centre if this applies to you – or alternatively, see you on the night to enjoy a programme that is sure to be different, but just as enjoyable!)

About the Askew sisters 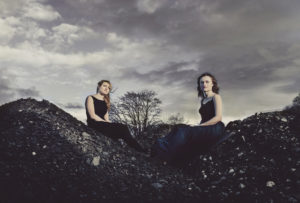 Emily and Hazel Askew have become known as two of the foremost performers and interpreters of English folk music. Their live performances brim with the depth and connection not only of two sisters, but also of two musicians who have been immersed in folk music all their lives. Together, they rework and reinterpret songs and balladry, creating breathtaking arrangements which allow words that are hundreds of years old to resonate profoundly with contemporary audiences. Both women are also skilled multi-instrumentalists and expert players of dance music, using fiddles, melodeons, concertina and cello in their innate drive to bring old dance music to life.

In 2014, their third album ‘In the Air or the Earth’, was released by RootBeat Records to widespread critical acclaim, including the Spiral Earth Award for Best Traditional Album 2015. Since then, the two women have been busy working on a number of other innovative projects. Emily has been touring with her vibrant fiddle band Alma, as well as releasing her first solo album, which explored the cross-over between folk and early music and was highly critically acclaimed by the national press. Hazel has been busy working with her groundbreaking trio Lady Maisery, as well as folk super groups Coven and Songs of Separation, the latter of which won Best Album at the 2017 BBC Radio 2 Folk Awards.

Stirred by these new musical experiences, this concert at WLBC will present some of their new arrangements of folk songs and dance tunes.

“Inspired arrangements of traditional music, striking versions of tricky ballads – this is traditional folk in a fine, fresh form.”
The Telegraph

“An album of singular and iconic beauty.”
FolkWords

“Vocals shimmering above fiddles, viola, melodeons and concertina, [this album] casts its spell”
The Sunday Times