Bassoon and Piano Recital by Ursula Leveaux and Simon Marlow

**Please note the new date, this concert had originally been scheduled for 29 February but was postponed**

Ursula Leveaux is one of the leading classical and baroque bassoonists performing today. Simon Marlow has a successful career both as a solo pianist and a chamber musician. This is a rare opportunity to hear a bassoon and piano recital given by two excellent musicians with a longstanding musical partnership.

The programme is an interesting mix of baroque, romantic and contemporary music including works by Bach, Grieg, Mendelssohn and John Pickard. Ursula Leveaux and Simon Marlow gave a terrific concert at the West London Buddhist Centre two years ago and we are delighted that they are returning to give another recital. 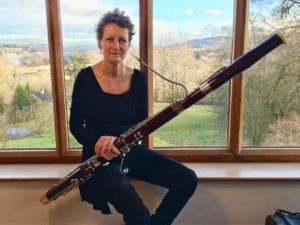 Ursula Leveaux is a sought-after chamber musician, currently the bassoonist of London’s Nash Ensemble, the resident Ensemble at the Wigmore Hall. She is also the principal bassoon with City of London Sinfonia, and also at the Academy of Ancient Music, and she is particularly in demand as performer on period instruments. She is a prominent orchestral player, and was principal bassoon with the Scottish Chamber Orchestra from 1987 to 2007.

Ursula’s CD recordings include the complete chamber music of Poulenc and of Saint-Saens, Beethoven’s Septet and Schubert’s Octet, all with the Nash Ensemble. As well as a huge range of orchestral and opera repertoire with the Scottish Chamber Orchestra, Ursula has also recorded the Vivaldi Bassoon Concerto in D minor, Sir Peter Maxwell Davies’ Bassoon Concerto, Strathclyde Concerto No 8, which was written especially for her, and the Mozart Bassoon Concerto.

A former pupil at Chetham’s School of Music, she furthered her studies with Martin Gatt in London, Brian Pollard in Amsterdam and also studied Baroque bassoon with Danny Bond in The Hague. While still a student in London she was the winner of the Shell-London Symphony Orchestra Scholarship and also became a member of the European Union Youth Orchestra working with conductors such as Claudio Abbado, Herbert von Karajan, Leonard Bernstein and Georg Solti.

When not travelling and performing Ursula lives in the Lake District with her husband and 11 year old daughter. 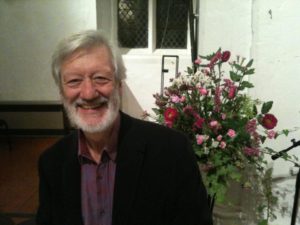 After reading music at Cambridge University, Simon established a successful career as chamber musician and soloist. Over the years he has worked with many leading musicians, and has built an outstanding partnership with Medici Quartet violist Ivo-Jan van der Werff. He is consequently frequently on the concert platform in Britain and Europe and has also given recitals in America, Iceland, New Zealand, Sri Lanka and Hong Kong. He has given master classes in Iceland and at the Hong Kong Academy for Performing Arts, has broadcast, and made many recordings. Recently Simon took part in a Dutch project to perform and record music composed by Nietzsche which also included works by other composers who were inspired by his philosophy. In addition to his musical interests, Simon has worked for ten years with the Lucis Trust, an educational charity.