In these unusual days I find myself wanting to reflect a little on what a strange thing it is to be alive at this time in the journey of humankind. While it is a fundamental truth that change is one of the defining characteristics of ‘reality’, which of course, includes all aspects of the human story, it is also true, I think, that the rate and depth of change in terms of human culture has accelerated in an unprecedented way within my life time. 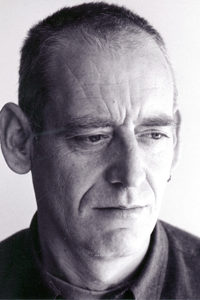 While for many centuries gradual change took place in the life of the individual and in human culture, it was also true that the ways of life did not change radically from generation to generation unless it was brutally interrupted by famine, war, plague or natural disaster. Something like 7,000 years ago humankind started to settle down. Our culture changed from one based in gathering and hunting to one of animal husbandry and settled agriculture.

While great civilisations rose and fell it was not until the mid-eighteenth century that another so fundamental change took place. This was the industrial revolution, when a culture based in agriculture and handcrafted production gave way to mass production based in the factory system. This change caused the displacement of the majority of the population from country to town, a population explosion and the fragmentation of traditional ways of life. It also lead to a distortion of both time and space. Time largely lost its connection to the organic world, while space became increasingly contracted. Now we have reached a point when we take for granted that a journey that would, in some cases, have taken months or even years, can be achieved in hours. Both the physical environment and the psychic life of people has undergone profound change.

In the last fifty years or so the industrial revolution has morphed into the information revolution. For post industrial countries like our own this has resulted in the commodification of information, which is rapidly replacing the production of ‘things’. This raises questions about the relationship of information to wisdom – questions too deep for us to tackle here.

The consequences of these changes are really hard for us to fully comprehend. On the one hand, those of us living in the west enjoy a standard of living unthinkable for people of only a few generations ago. We live in a world that is safer than ever before and most of us can reasonably expect a long relatively healthy life. On the other hand we live in an old world that is on the very brink of ecological breakdown with consequences that we are emotionally unable to really face up to.

Our recent experience of living through the ongoing pandemic has offered us a ‘bardo’ or gap in the normal rhythms of our lives. This is an opportunity to consider what we are in this world for, what it means to be part of this world.

For me it has meant I have been engaged in a good deal of on-line teaching and retreat leading. While I have not found this very easy or comfortable at times, I have also been very grateful that such a thing is possible and, of course, it would not have been possible without the information revolution. I have struggled with the lack of somatic connection, feeling sometimes that I was teaching into a void. However, this has been balanced by moments of joy and connection as people from around the world joined our local sangha and together we managed to create a sense of real connection and solidarity.

It has also made me wonder about the possibility of creating virtual practice communities that can collectively engage not only with meditation practice, but also with the various problems such as racism and environmental degradation that face us. I am not at all sure what this might mean, but I do feel that there are possibilities for us to explore together. Although I am very much looking forward to the Buddhist Centre reopening and being able to go on retreats with others, I am also aware that things have changed and that they are never going to be quite what they were before. This means that if we are going to thrive as a community we will need to learn how to work effectively on-line and find a way of blending physical sangha with virtual sangha. I would then encourage all of us to start to imagine new possibilities both for our individual lives and our shared world.