Why talk about death?

We have been holding Death Conversation Cafes at the West London Buddhist Centre for over three years. Why?

Death Cafe is an initiative set up by Jon Underwood, a psychotherapist, in 2011. Jon had the vision to create an informal space for people to come together to talk about any matter relating to death and mortality in a social setting. He was re 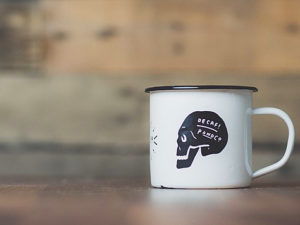 sponding to what many of us recognise as a lack of such opportunities in our culture. In the many similar cafes we have hosted at West London, one of the most common issues participants describe is concern at the way death is not talked about in our society. Whether it be the lack of openness around the process of dying or any other issue including grief, wills, euthanasia or what to say at a funeral, many of us feel we have not got this right as a society. Thankfully this is beginning to change. There are now programmes about death on mainstream radio and television, regular articles in the media and many initiatives in a growing informal ‘Good Death’ culture. Death Cafe itself has become an international movement.

So what happens at our Death Conversation Cafes? Well, we gather, have tea and cakes, introduce ourselves and talk about death (in a confidential environment). That’s about it.

But of course that does not give any sense of the wonderful breadth and depth of the conversations that take place – or of the extraordinary sense of intimacy, even relief, that many of us have experienced. Any subject relating to mortality is on the menu. Some people attend because they have recently experienced bereavement (though the cafe is not a grief counselling workshop). Some are just curious. Some are facing their own death or that of a loved one; others have a growing sense of unease and wish to address their fears of death.

I have noticed that these fears are often not about death itself but about dying. They often coalesce around the following areas:
– Fear of pain and sickness- Fear of loss of control or identity
– Fear of what will happen to loved ones after we die
– Fear that we may die with regrets about our life

And of course, we fear how we may feel on the death of others: friends children, parents – even pets.

Talking about these fears, clarifies them; often reduces them and can even transform them.

Interestingly, fears about the afterlife rarely come up although the subject is not off the menu. It should be said that the Cafe is not just for Buddhists: it is for mortals.

Members of any faith are welcome, though we have a principle that we do not proselytise on behalf of our own beliefs. And all we have is beliefs about the afterlife right? No one has come back to tell us what happens when we die. The traditional Buddhist vision, usually described as rebirth, is itself only a set of myths, some of which are contradictory. By myths, I do not mean they may not be true but that we can perhaps only take them metaphorically, even poetically. The Buddha himself was famously obscure about what would happen after his own parinirvana. The Buddhist afterlife myths, or those of any other faith, may have a useful function in encouraging us to live more ethically, but really we are left dealing with what happens before death, not after it.

And that is really what Death Conversation Cafe is about. By talking about death we can uncover its potential as a way of bringing wisdom, compassion and contentment into life. Personally I find that talking abut death is a regular reminder to live with less superficiality, with more depth, more appreciation; to make better decisions about my life. It is also a wonderful way to experience empathy. Often we are sharing the space with people we barely know or have never met before. Yet we find ourselves communicating about some of the most intimate feelings and experiences quite naturally within an hour or two.

This can be moving, enlightening, informative, even funny. It’s rare that I have left the Death Conversation Cafe without a slight skip in my step, without feeling more alive.

During the recent lockdown and Covid-19 situation we have not been able to host cafes at the centre, but we have moved them very successfully online using the Zoom platform. If you are interested to join us to talk about one of the most fundamental things that we all share, you will be very welcome.